Register for our FREE e-newsletter 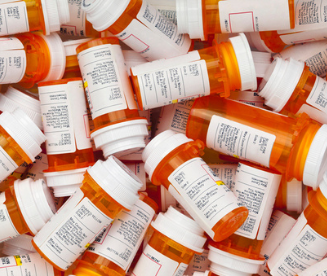 Will I ever get a break?

Why do some patients think in a retail pharmacy environment, all we do is slap a label on something like we are a fast-food chain?

One important task that a technician needs to consider is drug interactions that, if not handled correctly, can be detrimental to a patient’s health. One might question, “Isn’t this the role of a pharmacist and not a pharmacy technician?” No, not necessarily.

To begin with, a pharmacy technician should be able to identify that if a prescription is being presented for a blood thinner such as Coumadin or Heparin, the medication will likely interact with various medications.

One common drug interaction for Coumadin is with Aspirin or any non-steroidal anti-inflammatory drug (NSAIDs) such as Motrin or Aleve. The interaction can cause the potential for increased bleeding.  Another common interaction with Coumadin and Heparin is Antihistamines and Tetracyclines, which may cause decreased coagulation. It is important to monitor a patient’s therapy regimen and not only prescription drugs but over-the-counter NSAIDs like the ones previously mentioned.

Another common drug interaction a pharmacy technician may need to be aware of is Ace Inhibitors such as Lisinopril or Accupril with potassium supplements. Ace Inhibitors work to control blood pressure and heart failure and can help in the early stages of kidney disease. Potassium supplements are taken to increase potassium levels in the blood, and if taken together, they can lead to electrolyte imbalance and the condition of hyperkalemia.

Another example pharmacy technicians should be cautious with is patients receiving blood pressure medications and electrolyte supplements and alerting a pharmacist.

One last common drug interaction is between Amiodarone and Digoxin. These drugs belong to a classification of antiarrhythmics, and the drug treat conditions of irregular heart rhythms and heart failure. Taking these drugs together can lead to Digoxin toxicity and cause a patient’s rhythm to be fatal. A technician needs to be mindful and ensure the pharmacist is aware of and monitoring the toxicity of these drugs.

As a closing thought, always remember that your role as a pharmacy technician is just as important as that of a pharmacist in understanding a patient’s drug therapy regimen and avoiding common interactions.